All who wander are not lost. — Tolkien

It had been on my bucket list for years to drive the Pacific Coast Highway, and in early Sept. 2019, I made it happen. Flew from JFK to SEA and drove solo from Seattle to San Diego. 3 states, 11 days, approx 1400 miles. I don’t even want to think about how much I spent on gas. West Coast prices were over $4 a gallon and even over $5 (near Bakersfield, CA). Click #Sea2Sand on Instagram to see all the photos.

I loaded my Audible with new titles, refreshed my podcasts and even created a Spotify road trip playlist. I was ready.

– got to Seattle at Noon thought that would give me half the afternoon to sightsee… nope! it took about TWO HOURS to get the rental car.

– Why? Fox Rent A Car had the best rates and there were easily over 75 people in line. I paid $5.27 a day for a 2019 Toyota 4Runner — it was too big for me and I would’ve preferred a Jeep Wrangler, but I was ready to leave the airport and didn’t want to wait to switch. The agent convinced me to get a toll transponder for $11.50 per day that I ended up not needing because of the route I took, so that was a waste of $$. I paid about $550 for the 11 day rental which was almost $800 less than the other car rental places would’ve given me for a Compact!

I had toyed with the idea of not picking up the car until Friday morning and that would’ve saved me the hotel parking fee for two nights, but wanted the car on hand to leave early on Friday.

– Stayed at the Hilton Seattle and it was within easy walking distance of Pike Place Market. It was a beautiful and sunny day, so I hopped on the Seattle Great Wheel to take in views of Elliot Bay/Puget Sound.

– Took a 12 hour San Juan Island day trip on a ferry from Seattle. Another beautiful day, a little nippy since we were on the water and headed north towards the Canadian border. Went whale watching for a few hours ((saw the tops of several Orcas (I think they were) but there was no “Free Willy” moment where the whales breached the water)).

– Docked in Friday Harbor for lunch and shopping. I stopped in at Haley’s Sports Bar & Grill and had a really good spicy mangorita (Espolon tequila silver, jalapeño, mango purée and lime with a salted rim) and sriracha chicken bites. It was yummy. #GetInMyBelly

– Left SEA at 5 am and started heading south (you can get directly from Seattle to Southern California in a shorter time if you take other routes, but I wanted to go the scenic route). As I left Washington State (it was overcast, drizzly and very isolated) and crossed into Oregon. I knew from research that gas stations were far between, so I literally filled up at every opportunity.

– Cell service was awful. In part because of the geography, but also because T-Mobile coverage was the worst. I worried throughout the course of the entire drive because of that. I really didn’t expect the highway to be as empty as it was. It was at this point where I shed my first tears — I was scared! Then I realized I didn’t even know how to do the basic of changing a tire. You’d think that I would’ve asked someone to show me since I was embarking on a solo road trip, but no. Sigh.

– Oregon IS BEAUTIFUL – the landscape and coastline are just dramatic and jaw dropping.

– Stayed at the Best Western Inn at Face Rock in Bandon, Oregon

– Crossed into California and drove through Redwood National Forest (majestic) and saw attractions that I had not planned for timing wise but wanted to stop to see (I missed a cool Big Foot attraction and zip line ride because I drove too fast past them and then couldn’t turn around). I DID stop in Leggett, CA and went to and thru the Drive Thru Tree. Didn’t know this was a thing when I planned my drive, but thought I should be making more unplanned stops to add flavor to the journey versus sticking to a strict schedule.

– Had more than one “whose bright idea was this” coupled with tears after leaving the Drive Thru Tree because the road going up and around a mountain was so narrow and I couldn’t stop, couldn’t turn back, just had to keep going. In hindsight, that is a good experience to make a pithy life lesson. When I was driving, I was absolutely miserable. Couldn’t enjoy the view because I felt certain I was going accidentally hit the gas at some point and plummet to my death.

– Stayed at the North Cliff Hotel in Fort Bragg, CA and spent the afternoon at Glass Beach.

– Crossed into the Bay Area played some Hammer and was 2LEGIT happy to see more people after driving in relative isolation for two days.

– The highway was one lane in places, VERY curvy AND hilly with the ocean to the right side and cliffs to the right. I had my foot on the brake 64% of the time after I crossed into CA it was a very tense and slow drive — especially when there were cars behind me. Thankful for the cutouts I went into that allowed let them pass. I cried a little more this day because I was so stressed over how long it was taking and from the cramp that developed in my right leg.

– Spent the afternoon at Seaside Beach then went to Fisherman’s Wharf in Monterey for dinner.

– Had been planning to stop in Big Sur, but, um… somehow totally missed the signs (I’m thinking there weren’t any) and drove straight past it. #HowSway?

Another tense day of driving on windy roads.

Went to Hearst Castle in San Simeon for a tour. Alex Trebek narrates the trolley bus ride on the 5 miles up from the Visitors Center, which was a plus. The property is magnificent — you can see straight to the ocean, but what it says about excess and capitalism made me upset – especially after coming into the Bay Area the day before and seeing the number of homeless people near the highway exits.

I decided to leave the scenic route because I couldn’t deal with the stress of being so nervous about the windy/hillyness of the roads and headed directly to Los Angeles.

– Another bucket list item was to go a Price is Right taping. Just so happened that they were starting to film for their new season the week I was there and I was able to get a ticket. Got there at 8 am and left at 2 pm. The taping of the show itself is an hour. The majority of time is spent waiting and being interviewed to be a contestant. I didn’t get “called on down”, but THREE people in my group DID. I was a little bitter (I could tell by the look on my face when the show aired — I wanted to play “Plinko” damnit!) and they all won great prizes. Had also been scheduled to go to a Jimmy Kimmel show taping but I was exhausted. Went to Griffith Observatory instead and walked around.

– Took the hotel shuttle and spent all day at Universal Studios. I haven’t been to an amusement park in over 20 years, so this was a big treat for me. School was in session, so there were almost no kids there — and it was a reduced price since I bought the ticket online and it was offseason. I ALMOST LOST MY MIND when I got to Hogsmeade Village and could see Hogwarts in the distance. I spent a small fortune on HP gear. #Ravenclaw4Ever

The lines were already short and because I was solo, I was able to walk right up and take advantage of the Single Rider lane without waiting. I also participated in the Special Effects show which was a lot of fun.

– Went on the Universal Studios Backlot tour which, was interesting as a movie lover.

– Left Los Angeles at 2 am to drive to Temecula, CA to take a sunrise hot air balloon ride, which was my third bucket list item that I was able to check off on this trip. It was so much fun and was peaceful just floating over vineyards and watching the sunrise. A couple in the next balloon got engaged, which, yay for them. #blankstare. I was perfectly happy being alone. #surejan. The very nice proprietors provided fresh baked bread, cheese, fruit and champagne when we returned from our flight. It was a great experience.

– Had late lunch at Rockin Baja Lobster in the Gaslamp Quarter- I mention this because I had a GREAT Chamangorita (frozen swirled mango Rita with chamoy sauce in a chili rimmed glass with chamoy candy stick).

– Hung out at San Diego Harbor before heading to the airport.

I’ve taken a few nice trips, but this was among my favorite. The United States is a beautiful place and there are so many cool places to explore. I could’ve added another week and still not done all the things I wanted to do. 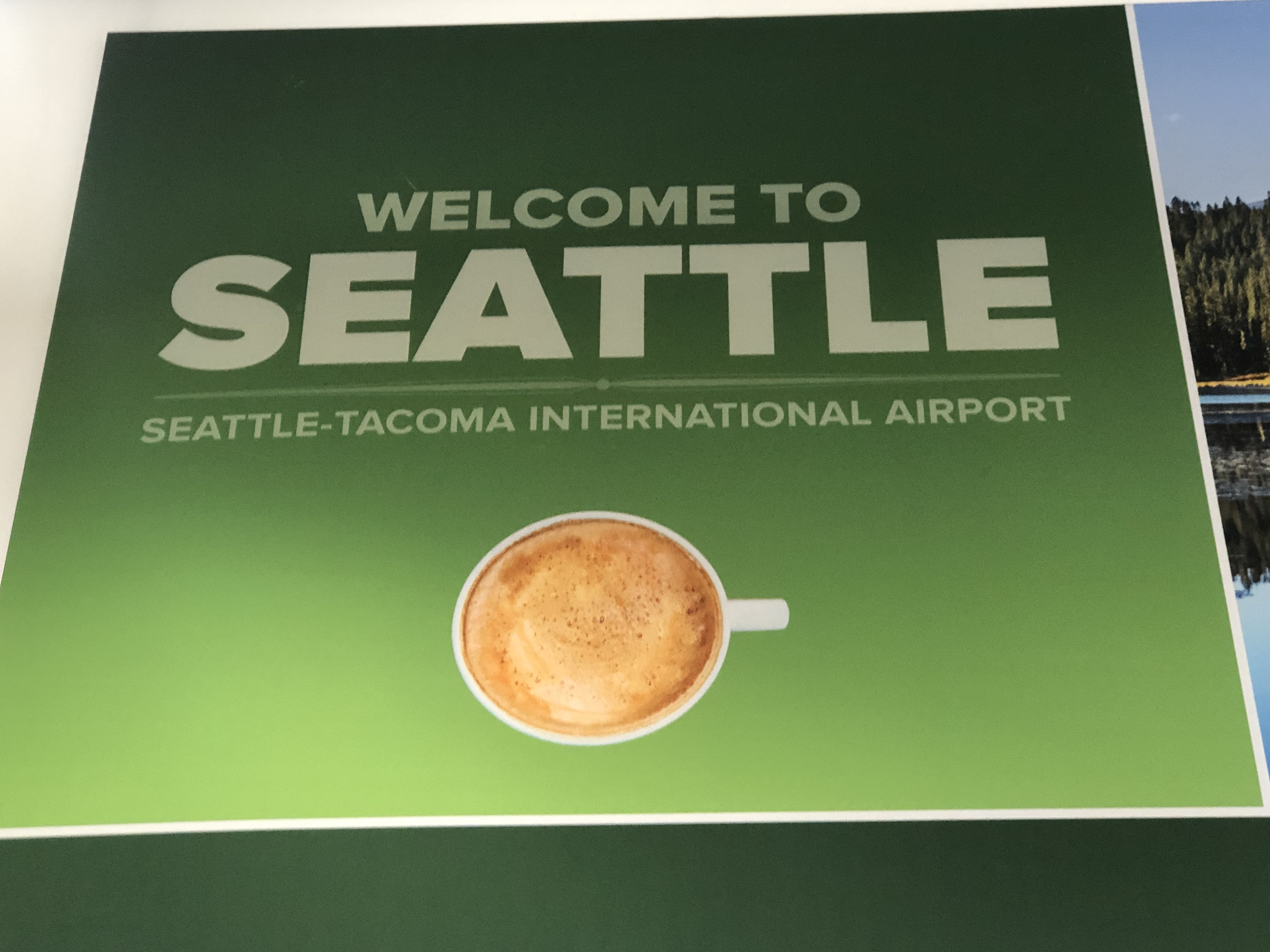 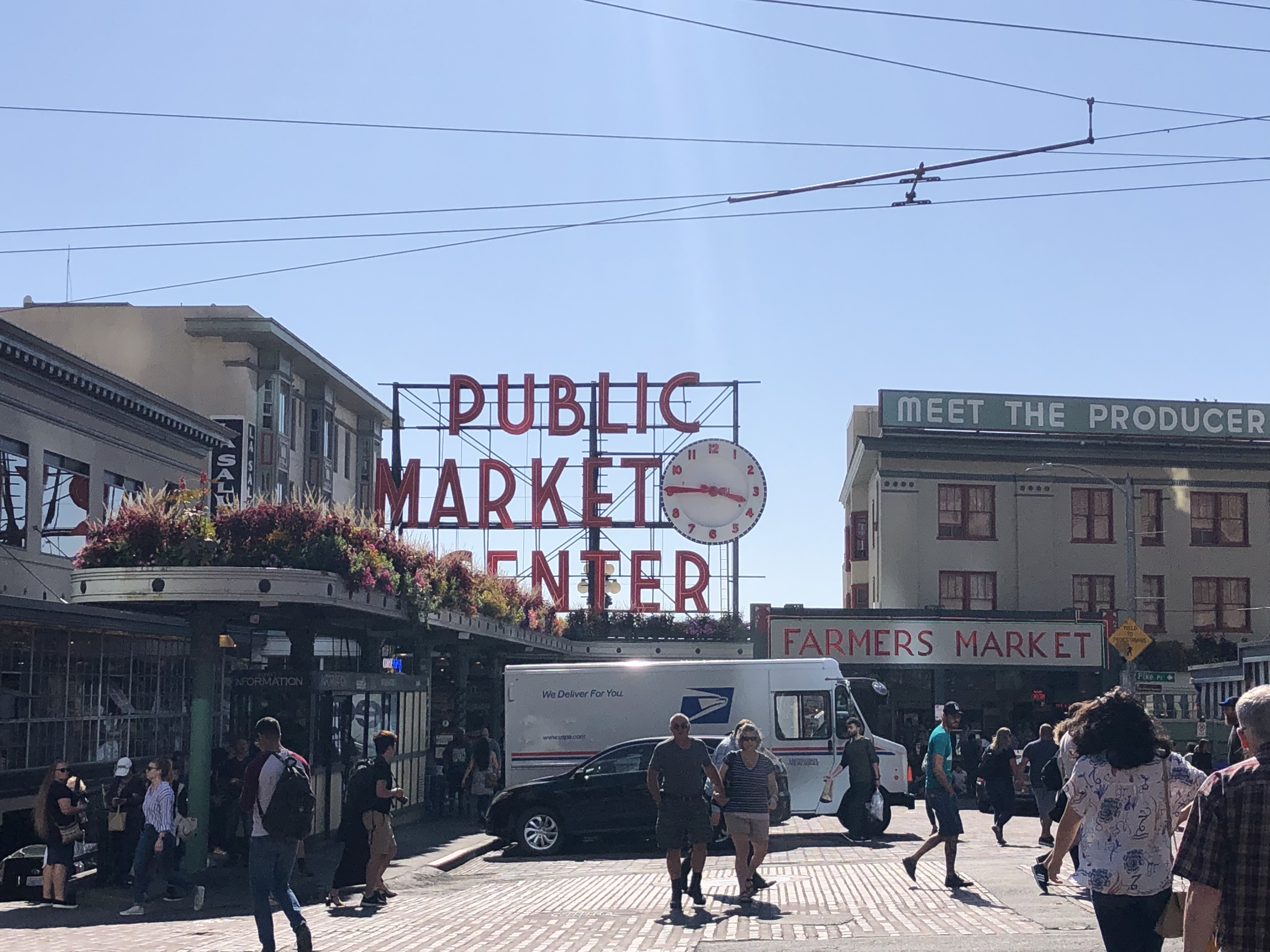 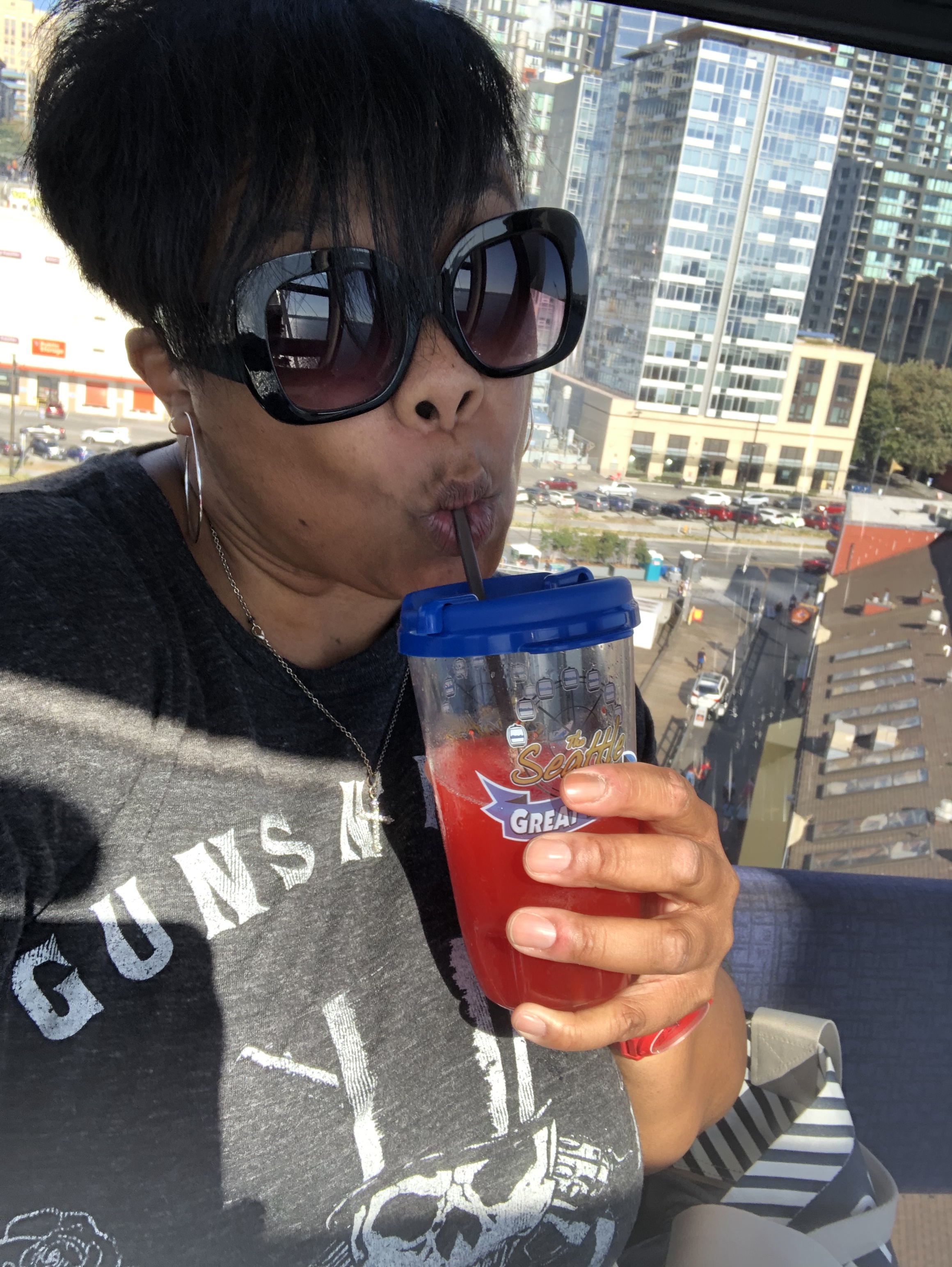 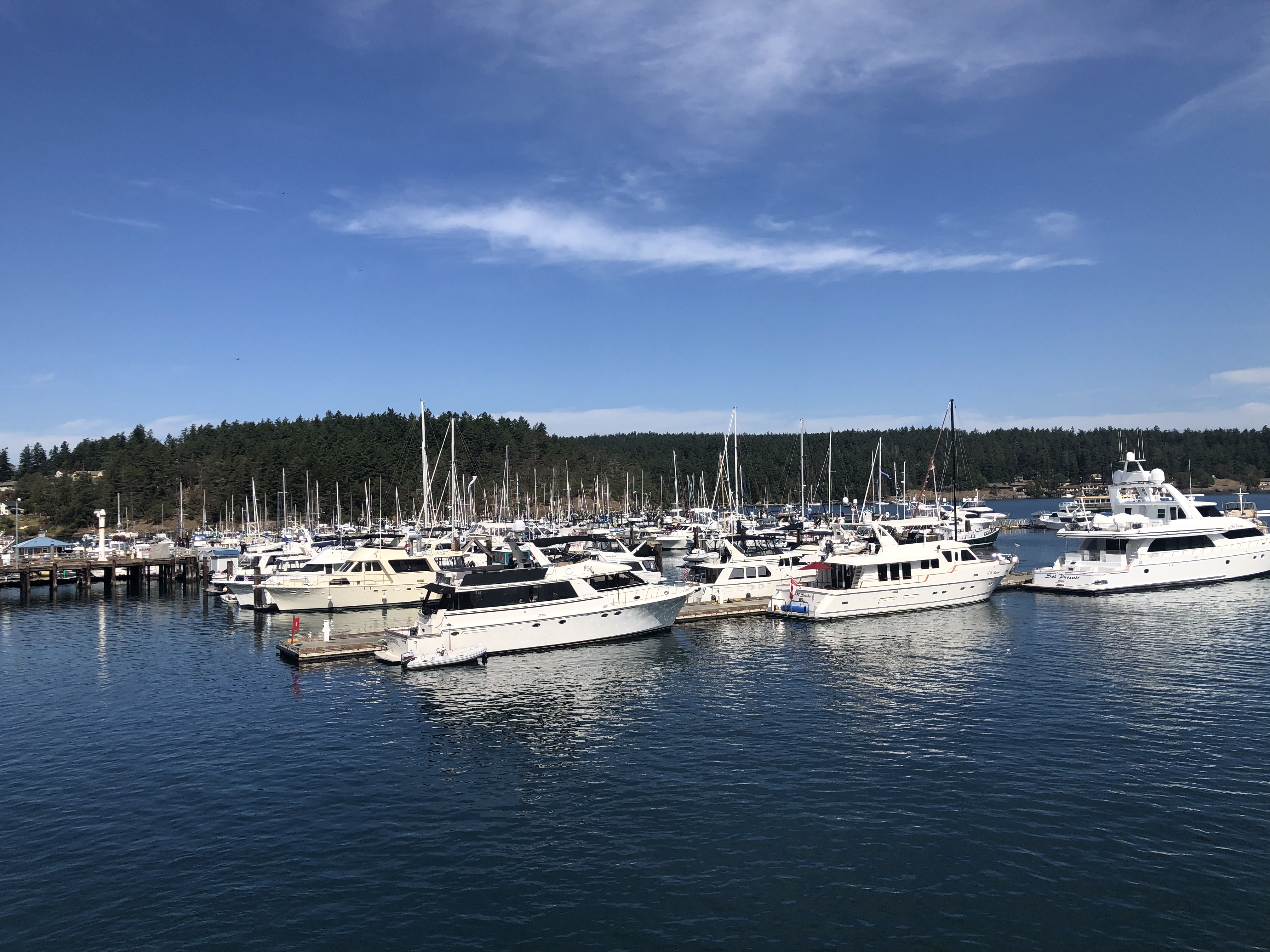 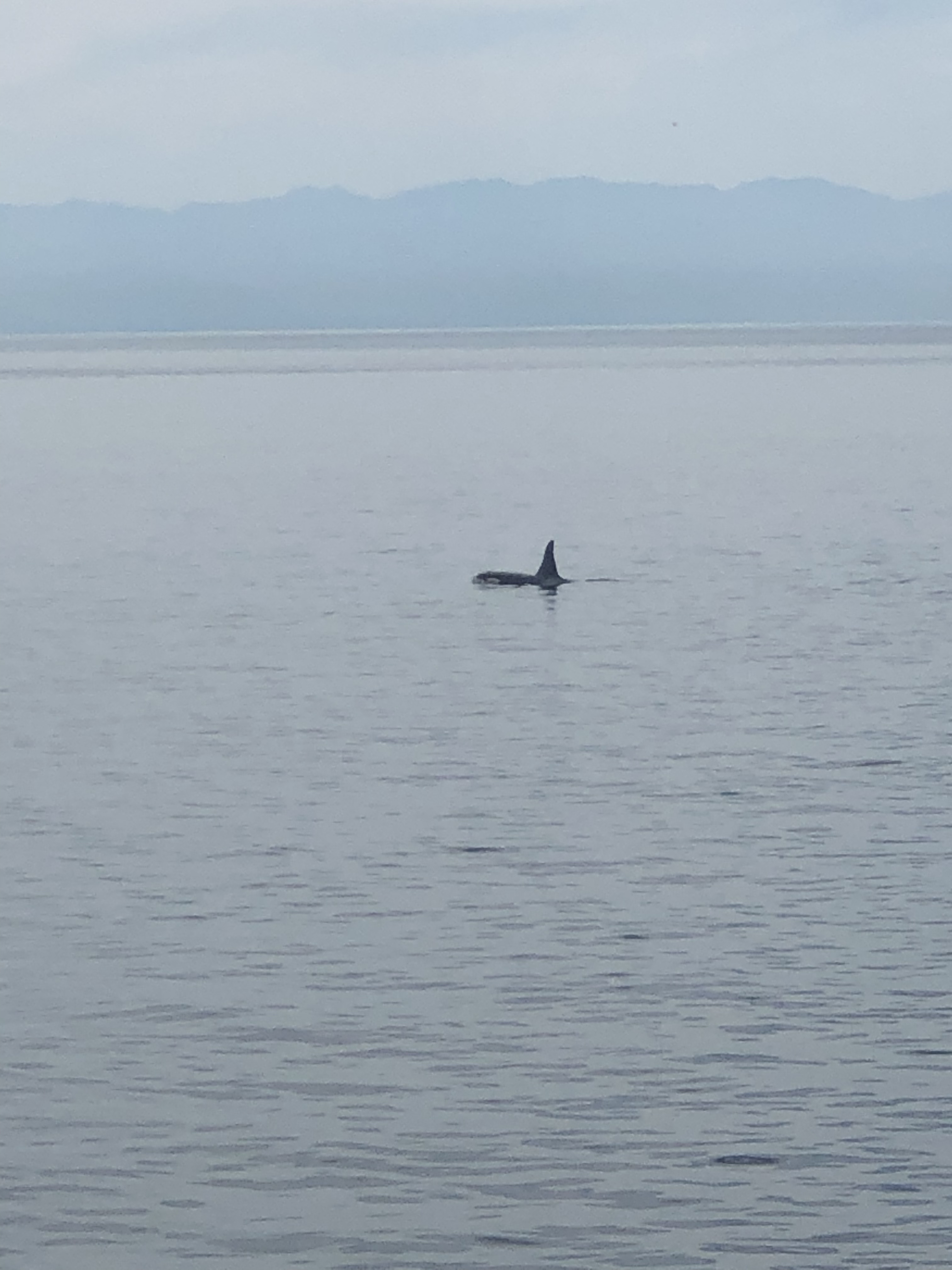 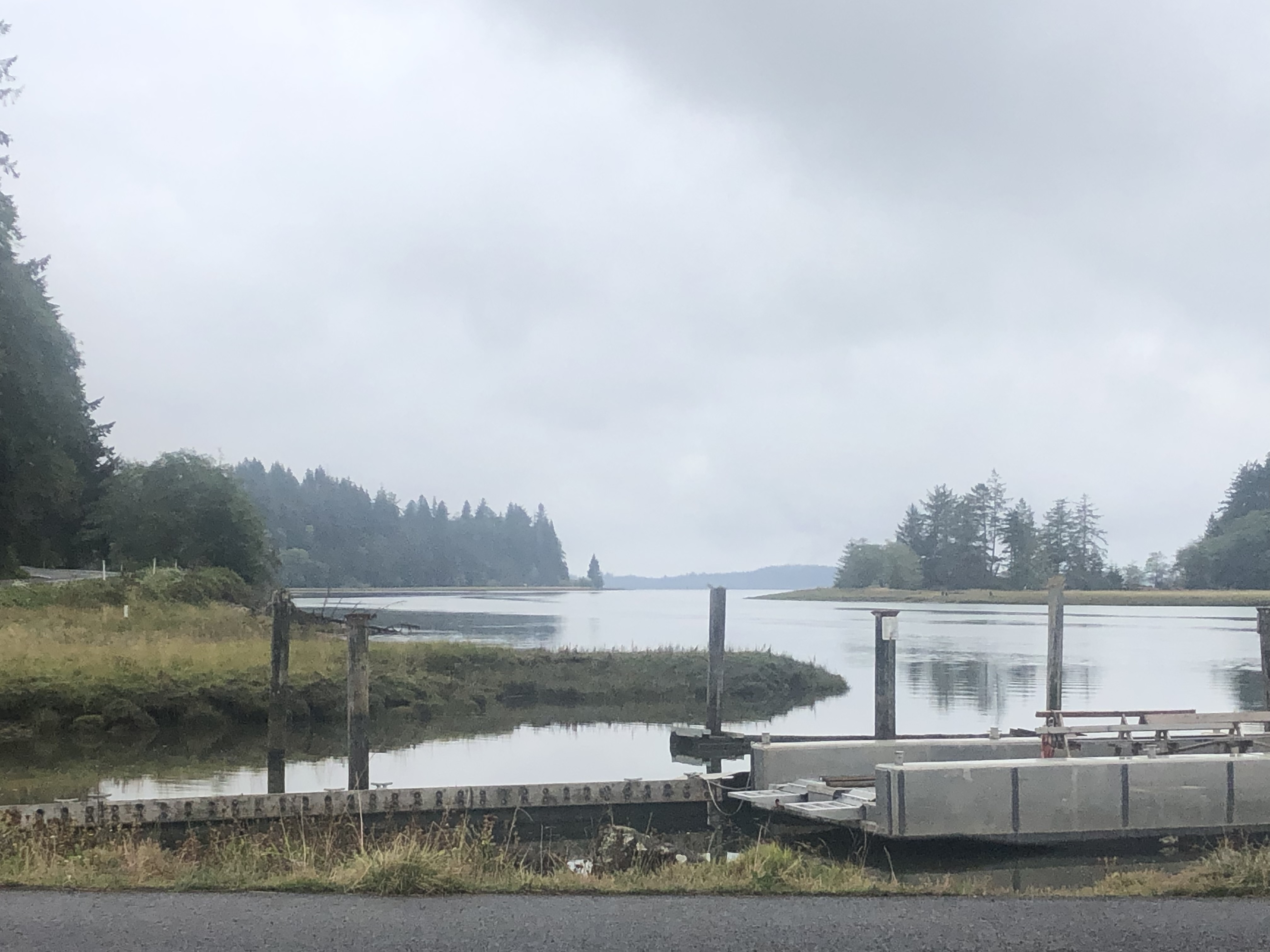 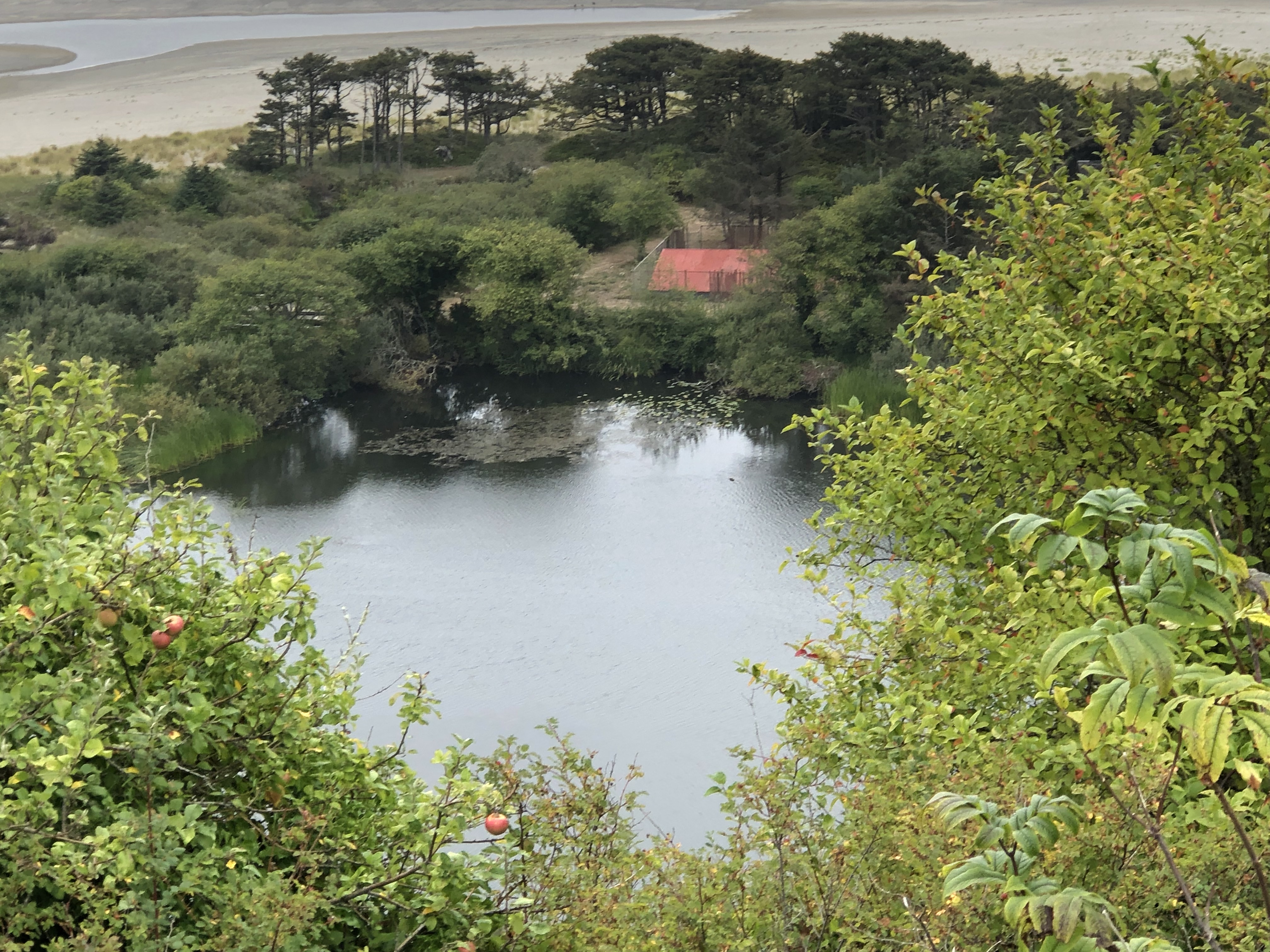 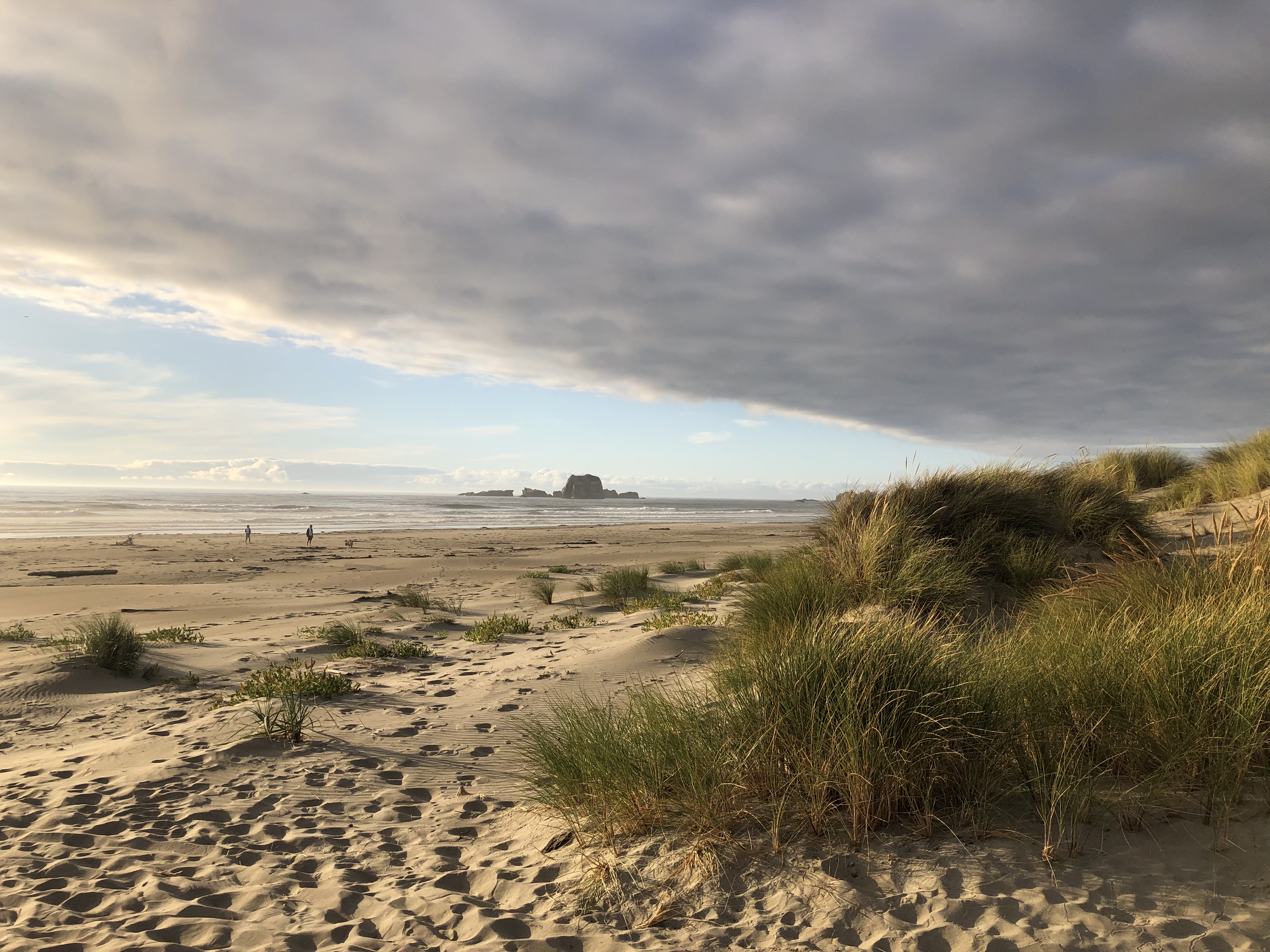 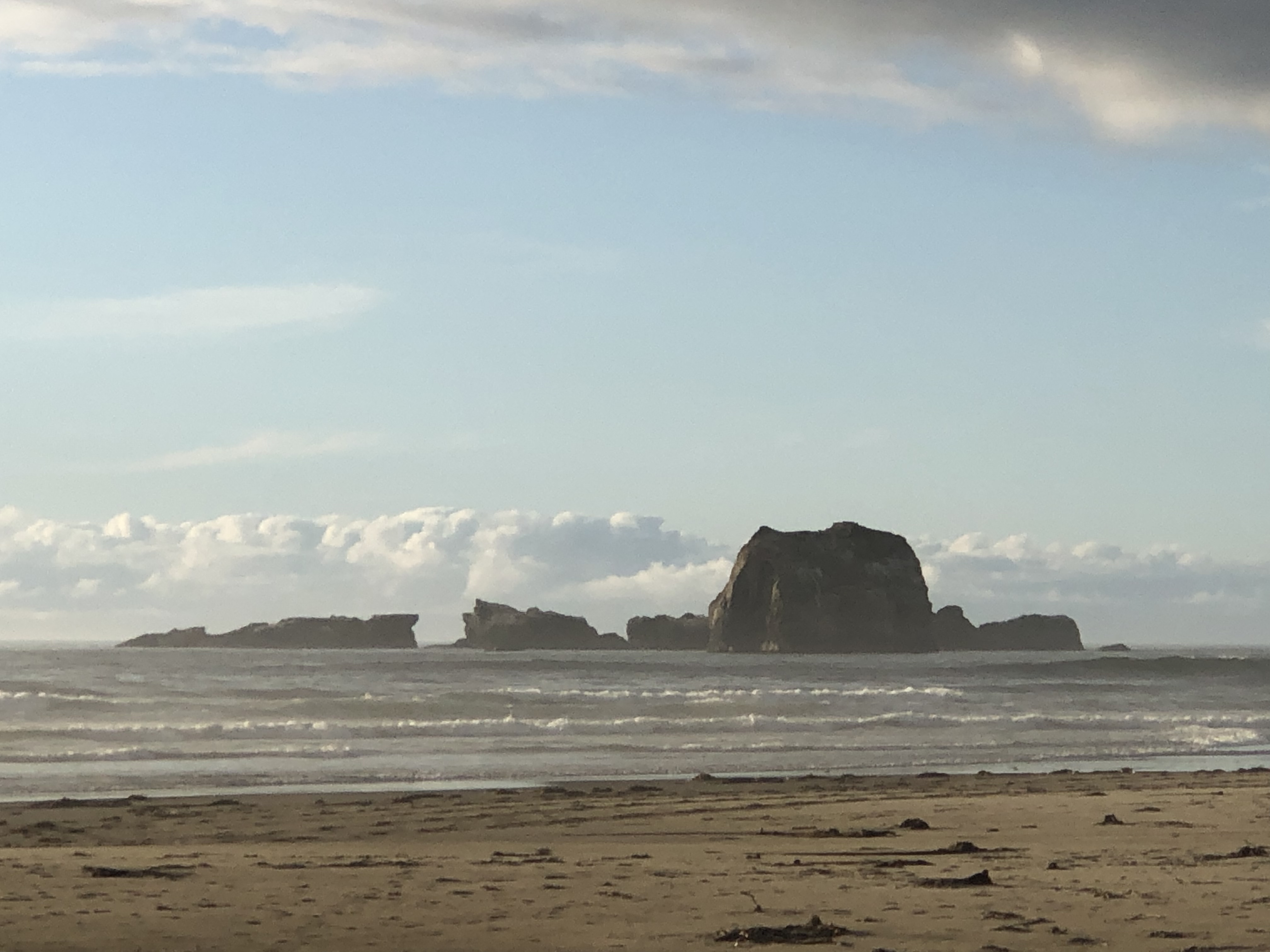 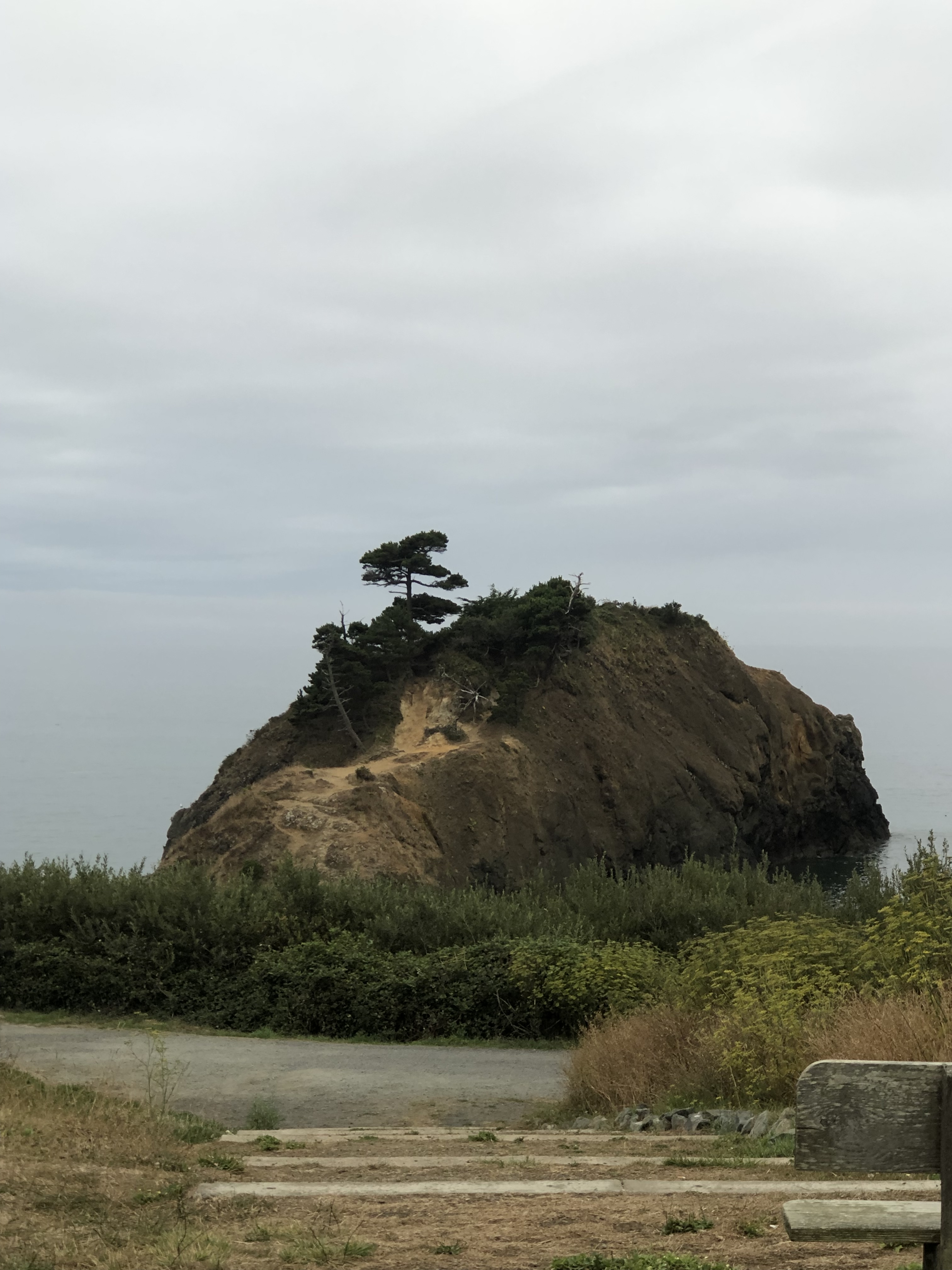 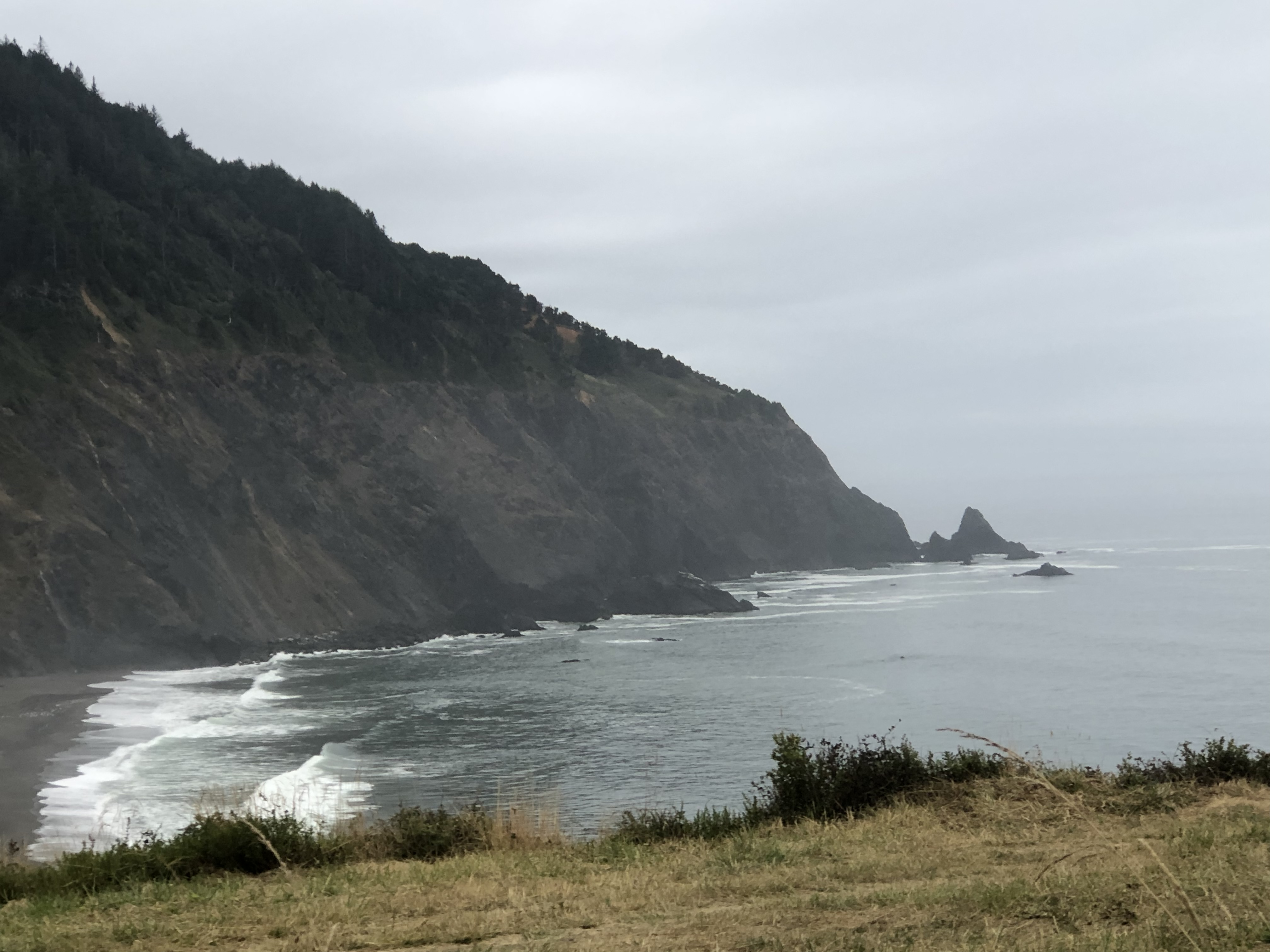 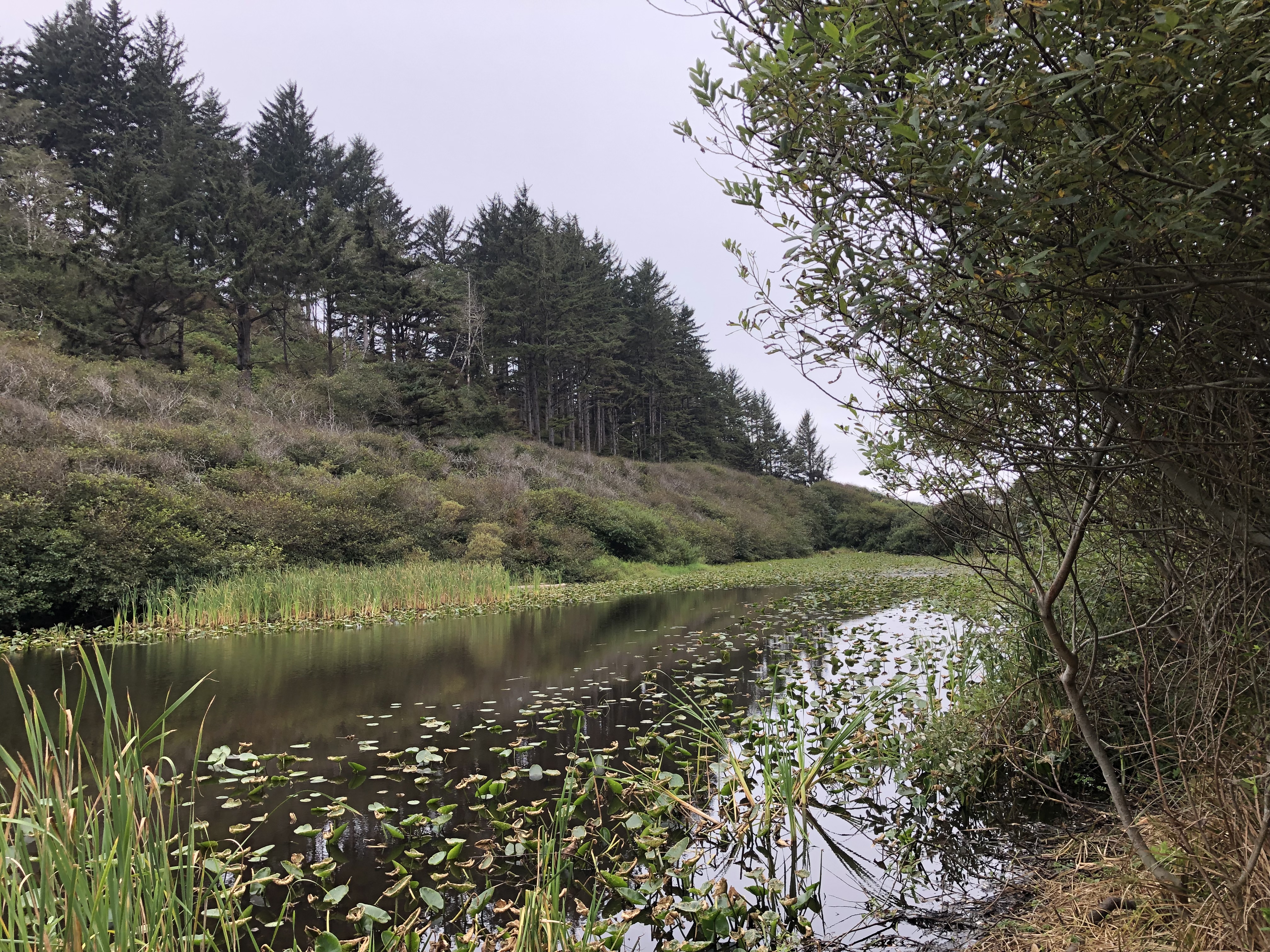 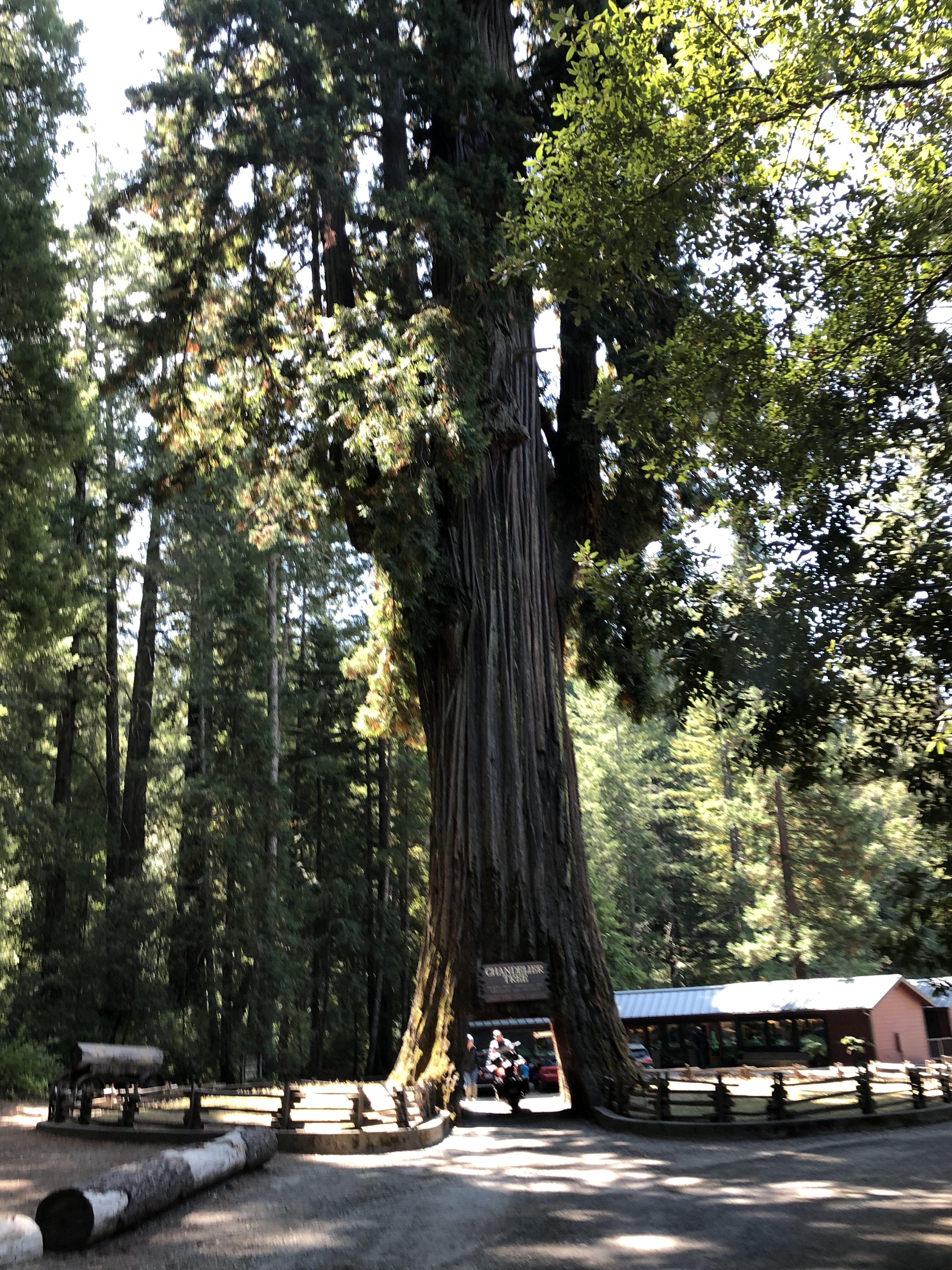 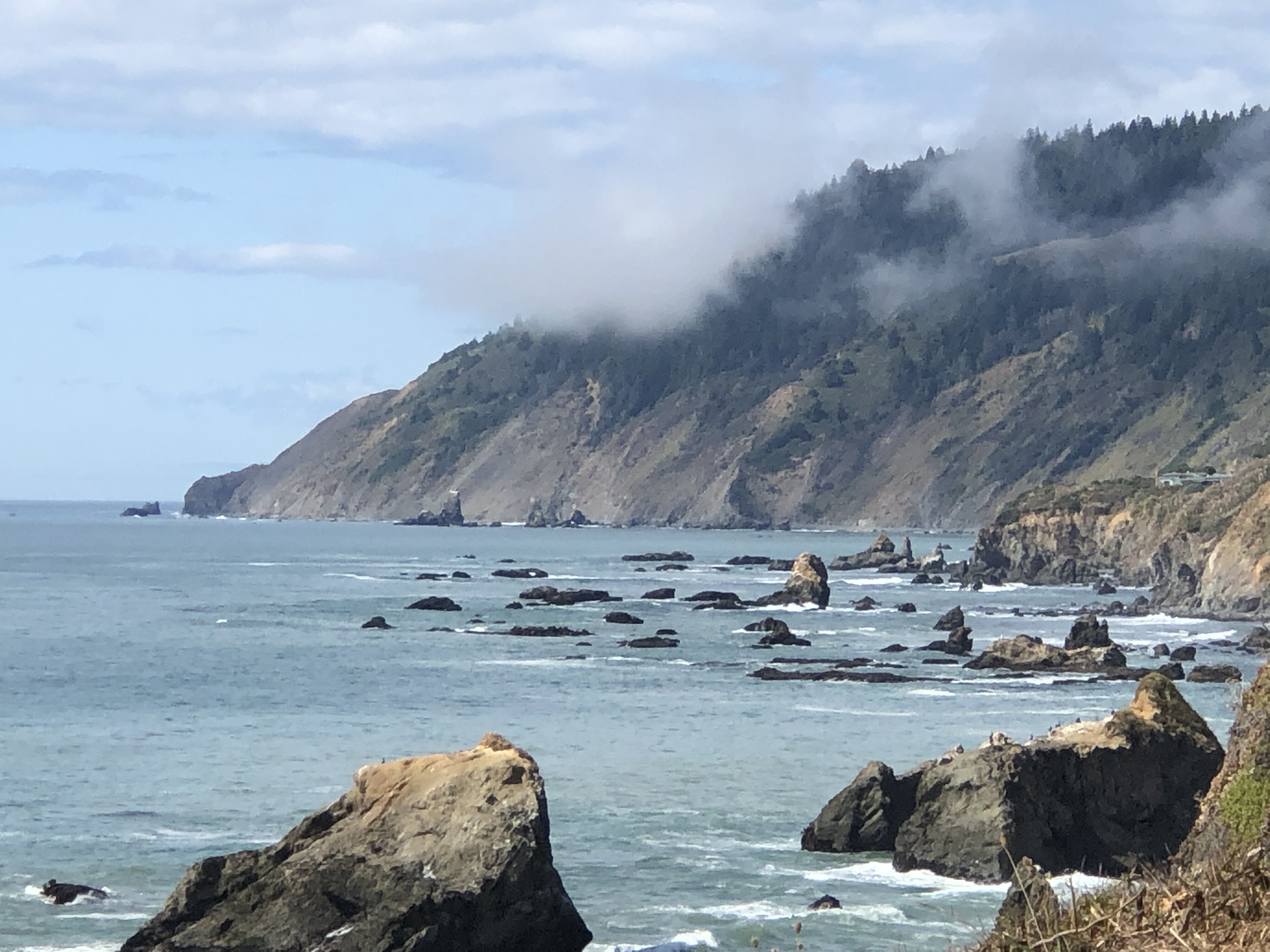 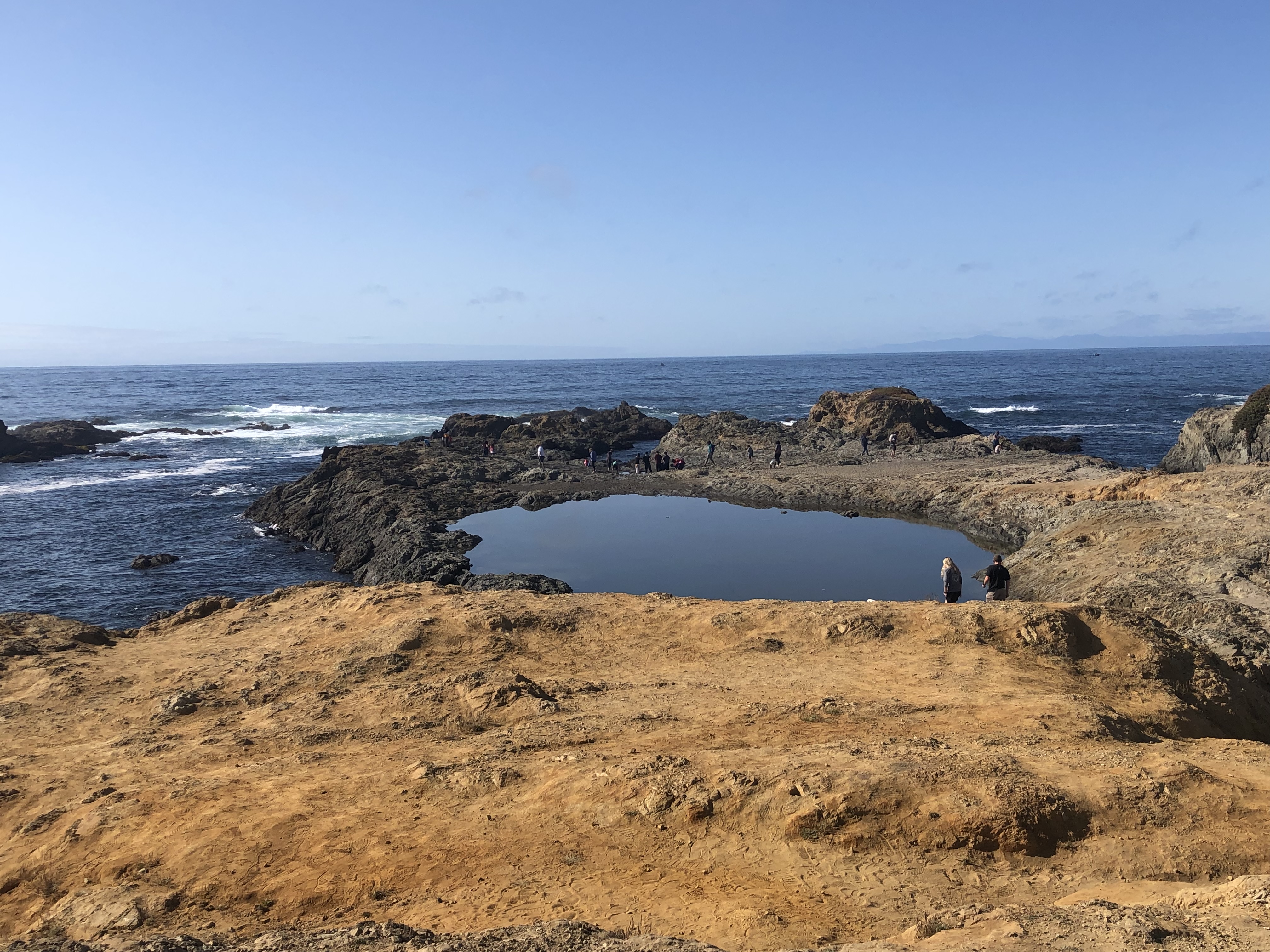 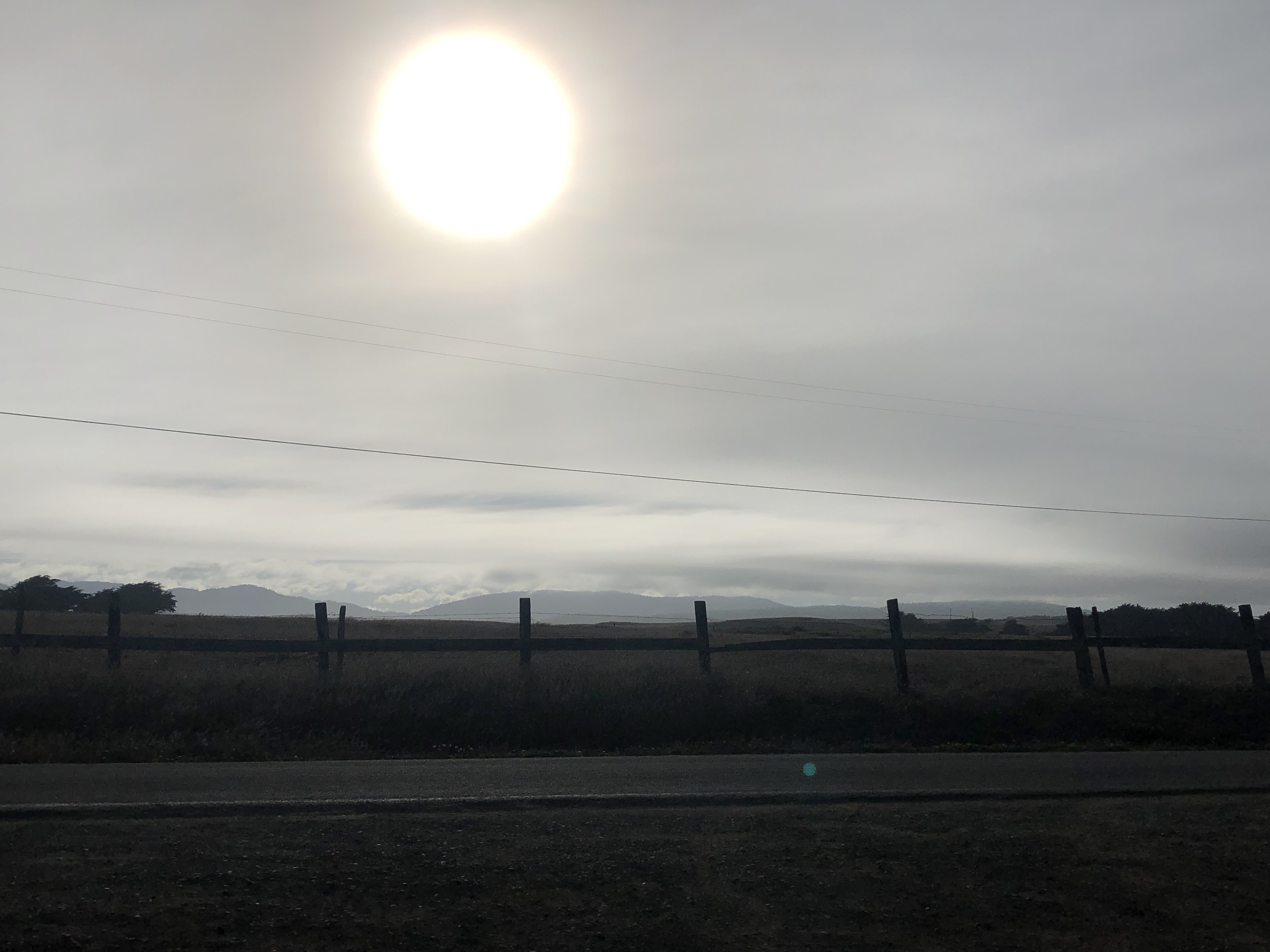 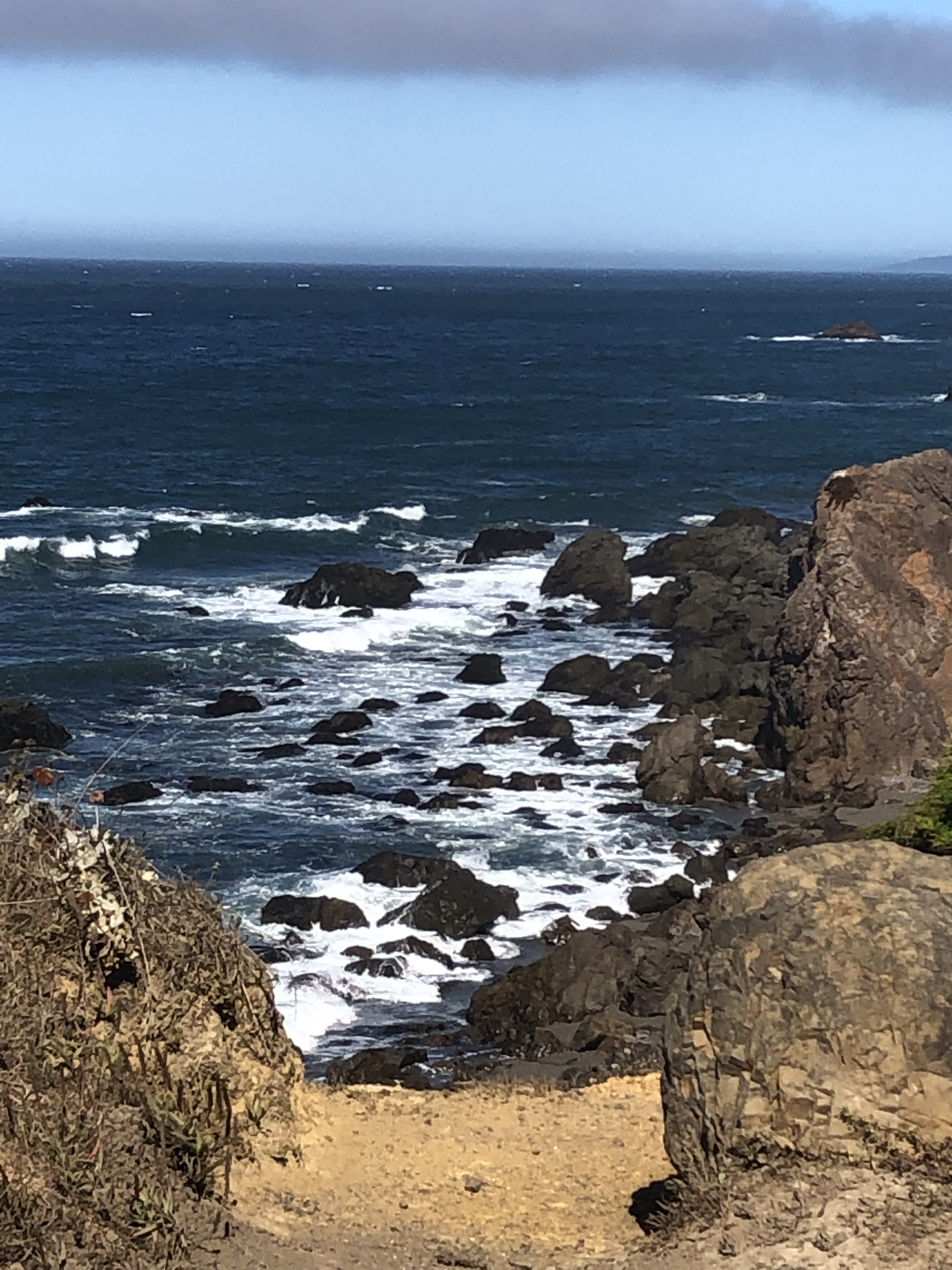 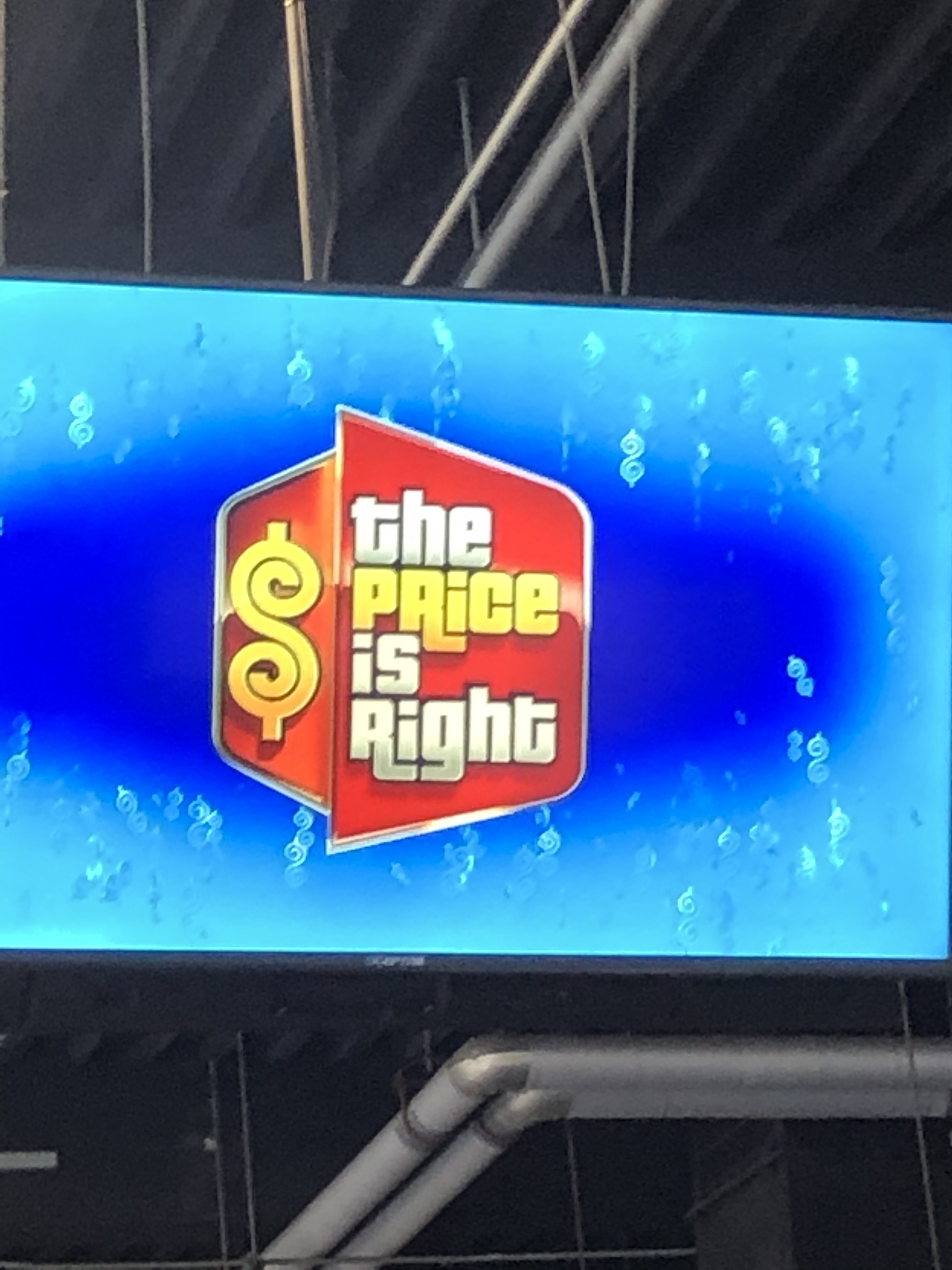 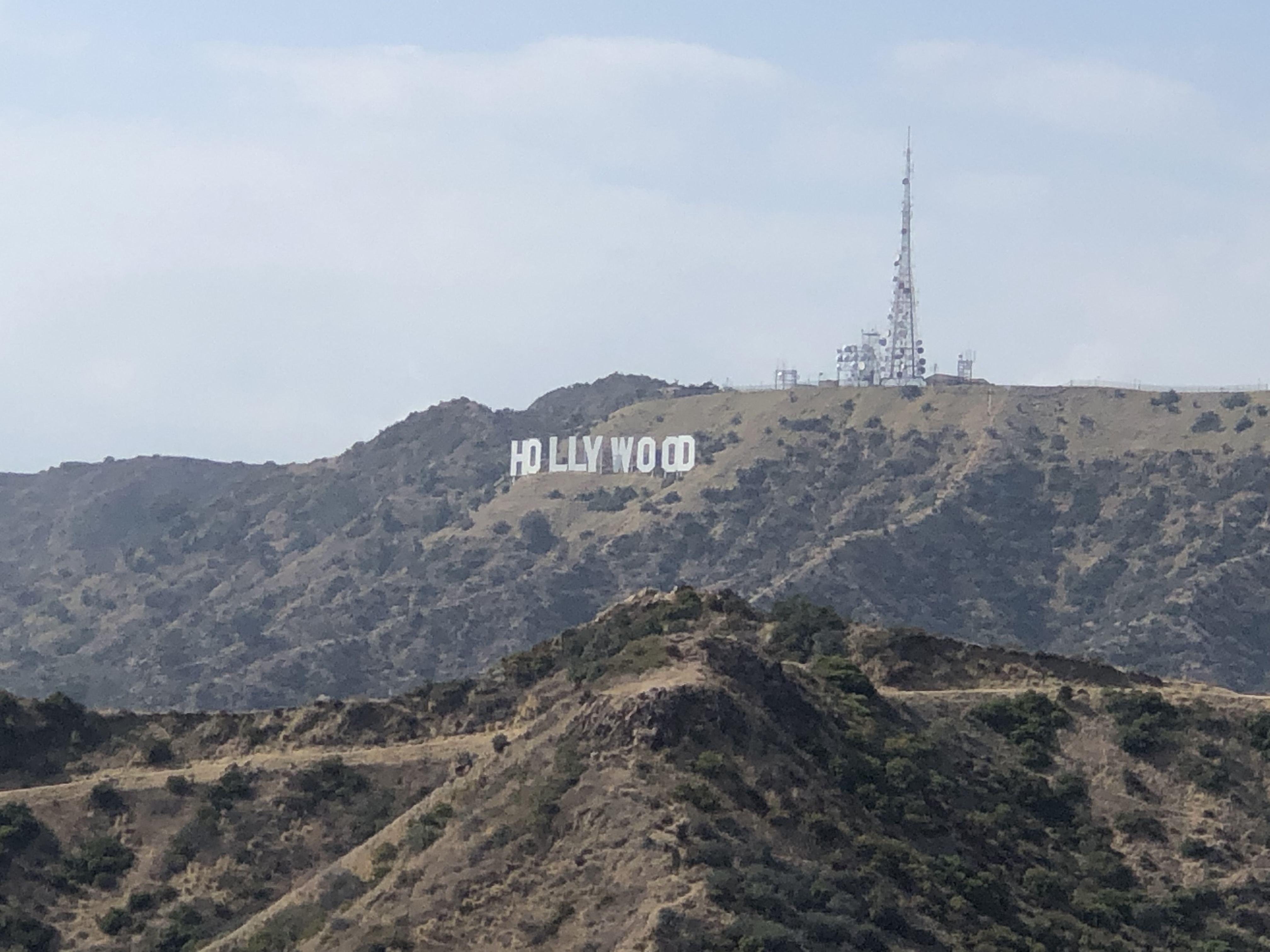 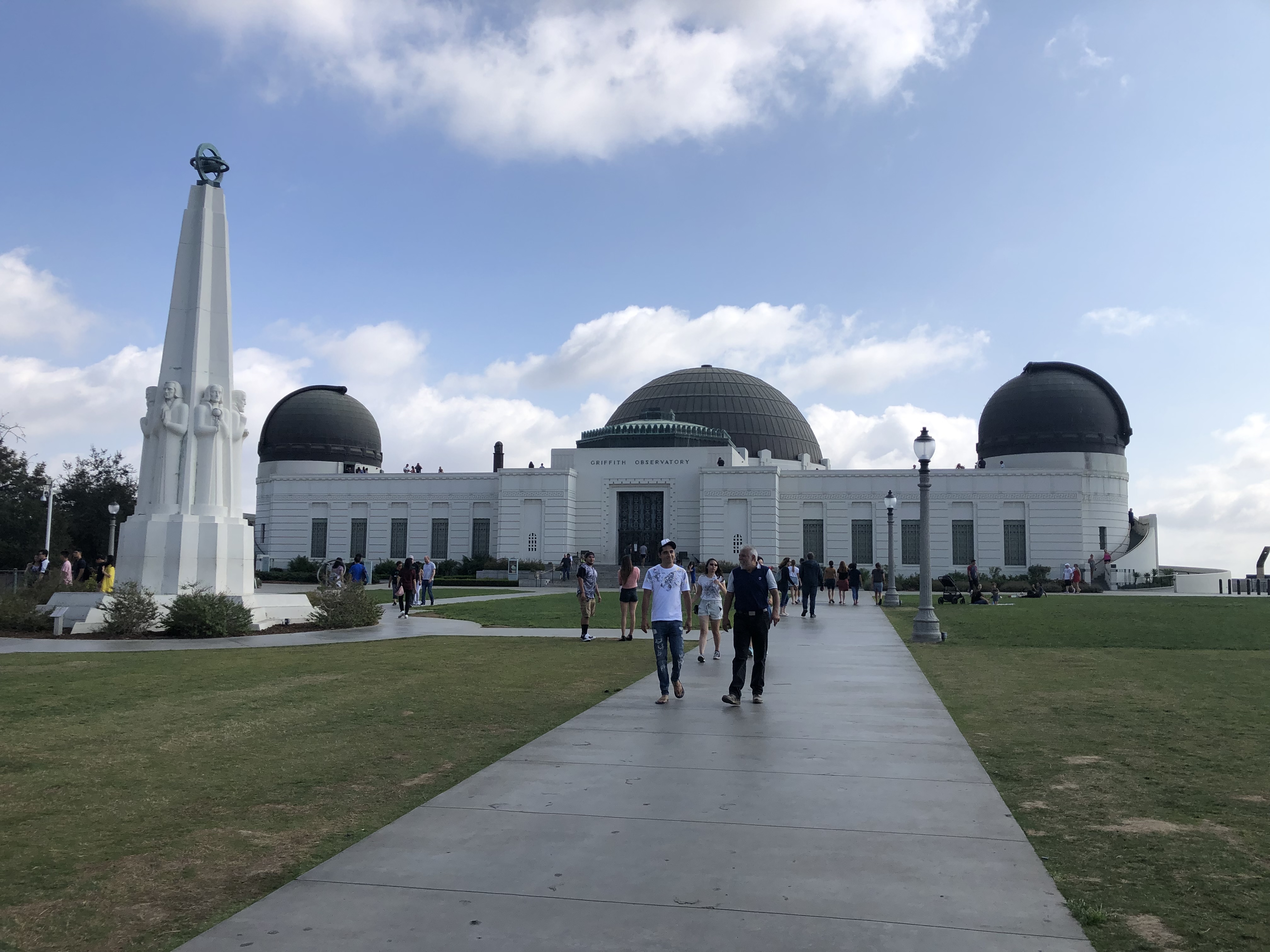 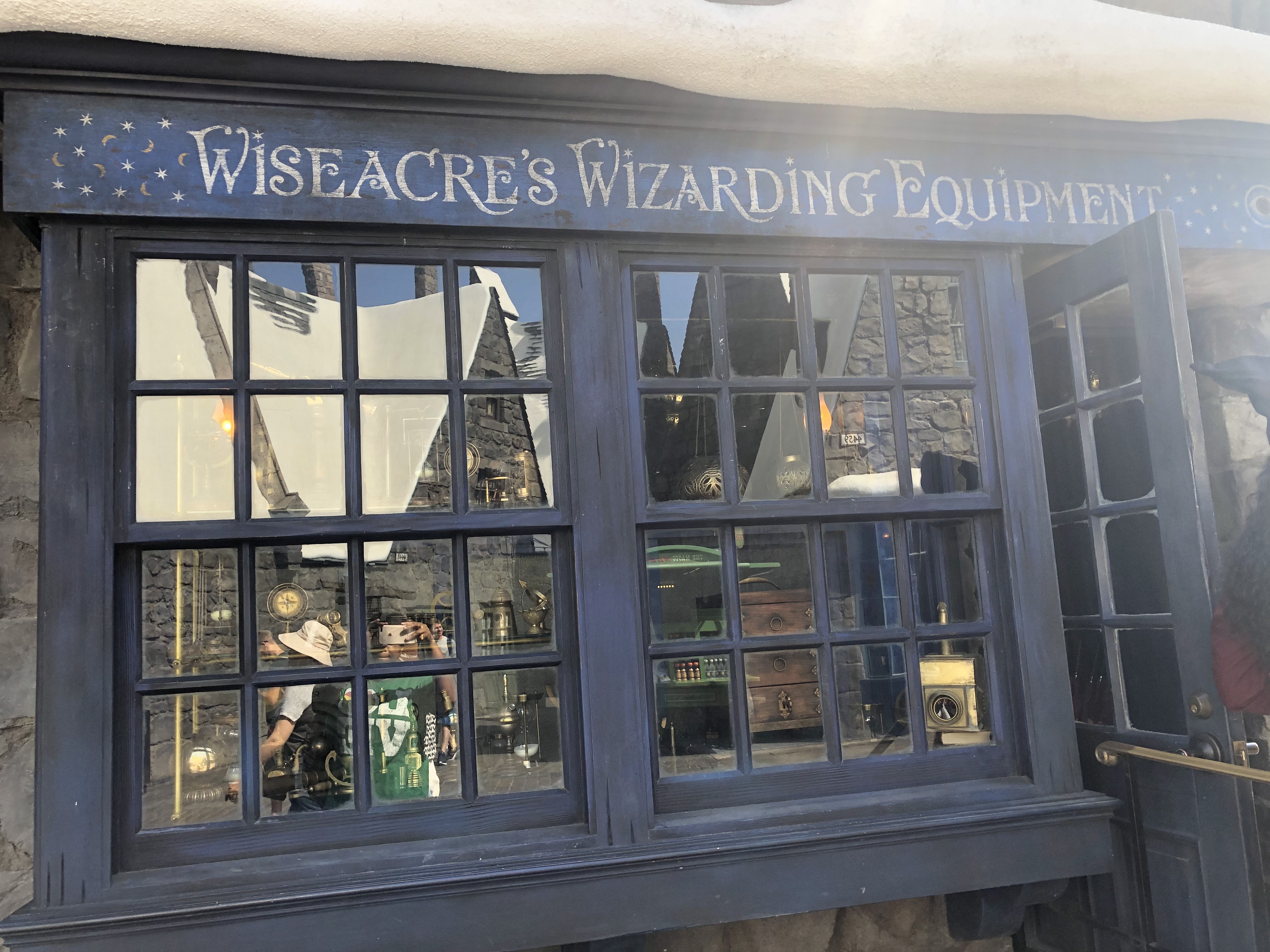 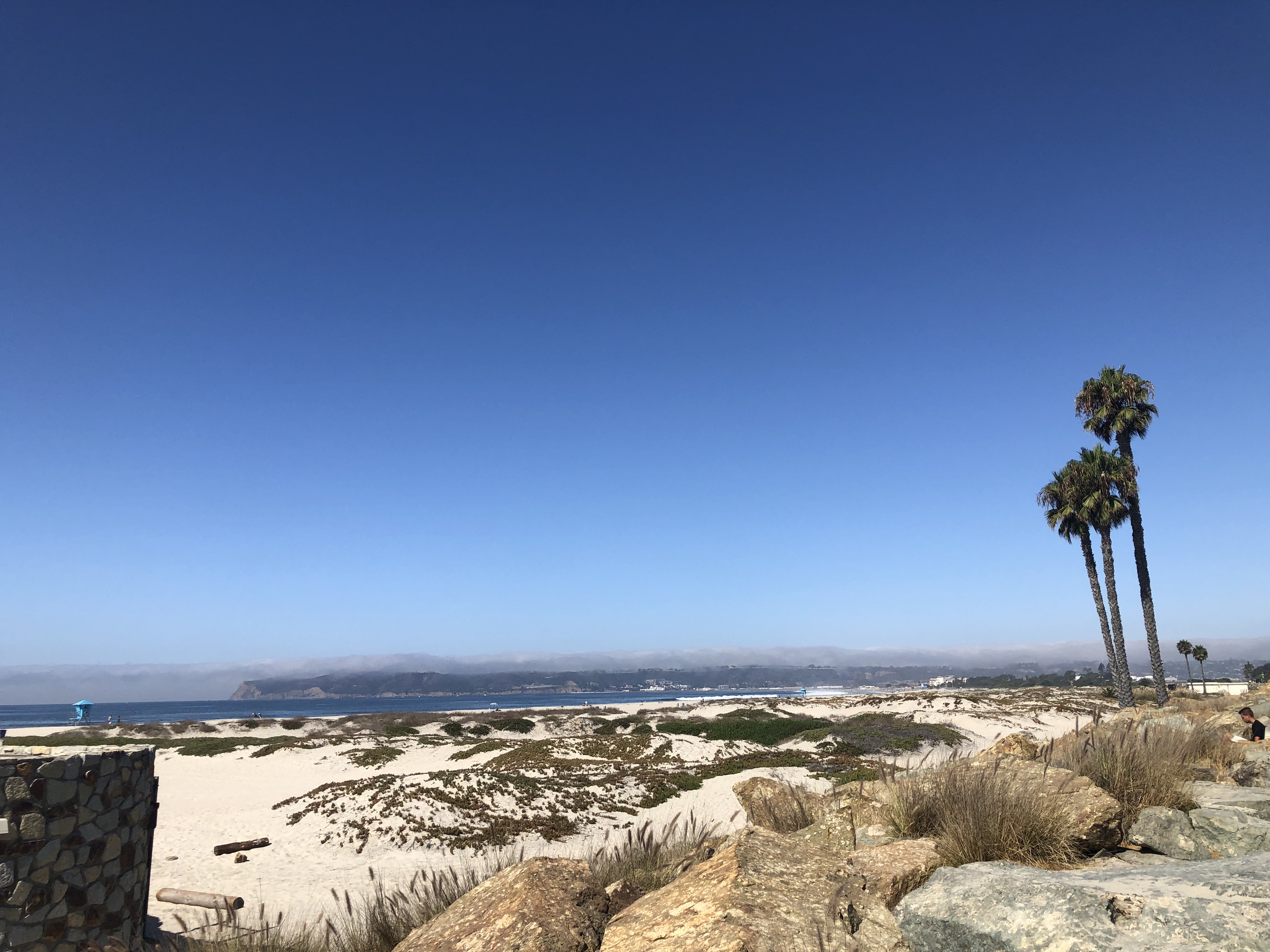 View all posts by Kimfinite Possibilities